The three monotheistic religions - Judaism, Christianity, and Islam - all purport to share one fundamental concept: belief in God as the Supreme Being, the Creator and Sustainer of the Universe. Known as "tawhid" in Islam, this concept of the Oneness of God was stressed by Moses in a Biblical passage known as the "Shema," or the Jewish creed of faith:

It was repeated word-for-word approximately 1500 years later by Jesus when he said:

Christianity has digressed from the concept of the Oneness of God, however, into a vague and mysterious doctrine that was formulated during the fourth century. This doctrine, which continues to be a source of controversy both within and without the Christian religion, is known as the Doctrine of the Trinity. Simply put, the Christian doctrine of the Trinity states that God is the union of three divine persons - the Father, the Son and the Holy Spirit - in one divine being. If that concept, put in basic terms, sounds confusing, the flowery language in the actual text of the doctrine lends even more mystery to the matter:


"...we worship one God in Trinity, and Trinity in Unity... for there is one Person of the Father, another of the Son, another of the Holy Ghost is all one... they are not three gods, but one God... the whole three persons are co-eternal and co-equal... he therefore that will be save must thus think of the Trinity..." (excerpts from the Athanasian Creed)


TRINITY IN THE BIBLE

References in the Bible to a Trinity of divine beings are vague, at best. In Matthew 28:19, we find Jesus telling his disciples to go out and preach to all nations. While the "Great Commission" does make mention of the three persons who later become components of the Trinity, the phrase "...baptizing them in the name of the Father, and of the Son, and of the Holy Ghost" is quite clearly an addition to Biblical text - that is, not the actual words of Jesus - as can be seen by two factors:


1) Baptism in the early Church, as discussed by Paul in his letters, was done only in the name of Jesus; and
2) The "Great Commission" was found in the first gospel written, that of Mark, bears no mention of Father, Son and/or Holy Ghost - see Mark 16:15.

The only other reference in the Bible to a Trinity can be found in the Epistle of   John 5:7, Biblical scholars of today, however, have admitted that the phrase "...there are three that bear record in heaven, the Father, the Word, and the Holy Ghost: and these three are one" is definitely a "later addition" to Biblical text, and it is not found in any of today's versions of the Bible. It can, therefore, be seen that the concept of a Trinity of divine beings was not an idea put forth by Jesus or any other prophet of God. This doctrine, now subscribed to by Christians all over the world, is entirely man-made in origin.

While Paul of Tarsus, the man who could rightfully be considered the true founder of Christianity, did formulate many of its doctrines, that of the Trinity was not among them. He did, however, lay the groundwork for such when he put forth the idea of Jesus being a "divine Son." After all, a Son does need a Father, and what about a vehicle for God's revelations to man? In essence, Paul named the principal players, but it was the later Church people who put the matter together. Tertullian, a lawyer and presbyter of the third century Church in Carthage, was the first to use the word "Trinity" when he put forth the theory that the Son and the Spirit participate in the being of God, but all are of one being of substance with the Father.


A FORMAL DOCTRINE IS DRAWN UP

When controversy over the matter of the Trinity blew up in 318 between two church men from Alexandria - Arius, the deacon, and Alexander, his bishop - Emperor Constantine stepped into the fray. Although Christian dogma was a complete mystery to him, he did realize that a unified church was necessary for a strong kingdom. When negotiation failed to settle the dispute, Constantine called for the first ecumenical council in Church history in order to settle the matter once and for all. Six weeks after the 300 bishops first gathered at Nicea in 325, the doctrine of the Trinity was hammered out. The God of the Christians was now seen as having three essences, or natures, in the form of the Father, the Son, and the Holy Spirit.


THE CHURCH PUTS ITS FOOT DOWN

The matter was far from settled, however, despite high hopes for such on the part of Constantine. Arius and the new bishop of Alexandria, a man named Athanasius, began arguing over the matter even as the Nicene Creed was being signed; "Arianism" became a catch-word from that time onward for anyone who did not hold to the doctrine of the Trinity. It wasn't until 451, at the Council of Chalcedon that, with the approval of the Pope, the Nicene/Constantinople Creed was set as authoritative. Debate on the matter was no longer tolerated; to speak out against the Trinity was now considered blasphemy, and such earned stiff sentences that ranged from mutilation to death. Christians now turned on Christians, maiming and slaughtering thousands because of a difference of opinion.

Brutal punishments and even death did not stop the controversy over the doctrine of the Trinity, however, and the said controversy continues even today. The majority of Christians, when asked to explain this fundamental doctrine of their faith, can offer nothing more than "I believe it because I was told to do so." It is explained away as "mystery" - yet the Bible says in I Corinthians 14:33 that "... God is not the author of confusion..." The Unitarian denomination of Christianity has kept alive the teachings of Arius in saying that God is one; they do not believe in the Trinity. As a result, mainstream Christians abhor them, and the National Council of Churches has refused their admittance. In Unitarianism, the hope is kept alive that Christians will someday return to the preachings of Jesus:

ISLAM AND THE MATTER OF THE TRINITY

While Christianity may have a problem defining the essence of God, such is not the case in Islam. "They do blaspheme who say: Allah is one of three in a Trinity, for there is no god except One God." (Qur'an 5:73) It is worth noting that the Arabic language Bible uses the name "Allah" as the name of God. Suzanne Haneef, in her book WHAT EVERYONE SHOULD KNOW ABOUT ISLAM AND MUSLIMS (Library of Islam, 1985), puts the matter quite succinctly when she says, "But God is not like a pie or an apple which can be divided into three thirds which form one whole; if God is three persons or possesses three parts, He is assuredly not the Single, Unique, Indivisible Being which God is and which Christianity professes to believe in." (pp. 183-184)

Looking at it from another angle, the Trinity designates God as being three separate entities - the Father, the Son and the Holy Spirit. If God is the Father and also the Son, He would then be the Father of Himself because He is His own Son. This is not exactly logical. Christianity claims to be a monotheistic religion. Monotheism, however, has as its fundamental belief that God is One; the Christian doctrine of the Trinity - God being Three-in-One - is seen by Islam as a form of polytheism. Christians don't revere just One God, they revere three. This is a charge not taken lightly by Christians, however. They, in turn, accuse the Muslims of not even knowing what the Trinity is, pointing out that the Qur'an sets it up as Allah the Father, Jesus the Son, and Mary his mother. While veneration of Mary has been a figment of the Catholic Church since 431 when she was given the title "Mother of God" by the Council of Ephesus, a closer examination of the verse in the Qur'an most often cited by Christians in support of their accusation, shows that the designation of Mary by the Qur'an as a "member" of the Trinity, is simply not true. While the Qur'an does condemn both trinitarianism (the Qur'an 4:17) and the worship of Jesus and his mother Mary (the Qur'an 5:116), nowhere does it identify the actual three components of the Christian Trinity. The position of the Qur'an is that WHO or WHAT comprises this doctrine is not important; what is important is that the very notion of a Trinity is an affront against the concept of One God.

In conclusion, we see that the doctrine of the Trinity is a concept conceived entirely by man; there is no sanction whatsoever from God to be found regarding the matter simply because the whole idea of a Trinity of divine beings has no place in monotheism. In the Qur'an, God's Final Revelations to mankind, we find His stand quite clearly stated in a number of eloquent passages:


"...your God is One God: whoever expects to meet his Lord, let him work righteousness, and, in the worship of his Lord, admit no one as partner." (Qur'an 18:110)
"...take not, with God, another object of worship, lest you should be thrown into Hell, blameworthy and rejected." (Qur'an 17:39)
...Because, as God tells us over and over again in a Message that is echoed throughout All His Revealed Scriptures: "...I am your Lord and Cherisher: therefore, serve Me (and no other)..." (Qur'an 21:92) 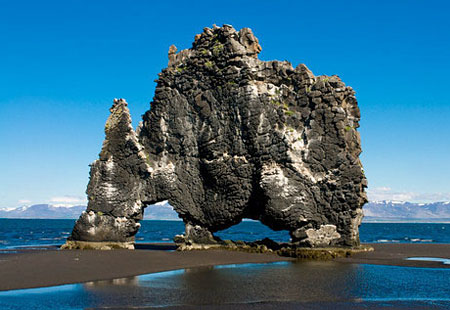