"By the grace of Allah, you are gentle towards the people; if you had been stern and ill-tempered, they would have dispersed from round about you" [Qur'an 3:159]

About himself the Prophet (pbuh) said:
"Allah has sent me as an apostle so that I may demonstrate perfection of character, refinement of manners and loftiness of deportment." [Muwatta; Musnad; Mishkat]

By nature he was gentle and kind-hearted, always inclined to be gracious and to overlook the faults of others. Politeness and courtesy, compassion and tenderness, simplicity and humility, sympathy and sincerity were some of the keynotes of his character. In the cause of right and justice he could be resolute and severe but more often than not, his severity was tempered with generosity. He had charming manners which won him the affection of his followers and secured their devotion. Though virtual king of Arabia and an apostle of Allah, he never assumed an air of superiority. Not that he had to conceal any such vein by practice and artifice -- with fear of Allah, sincere humility was ingrained in his heart. He used to say,

"I am a Prophet of Allah but I do not know what will be my end." [Sahih Bukhari]

In one of his sermons calculated to instil the fear of Allah and the day of reckoning in the hearts of men, he said,

He used to pray, "O Allah! I am but a man. If I hurt any one in any manner, then forgive me and do not punish me." [Ahmed, Musnad]

He always received people with courtesy and showed respect to older people and stated: "To honor an old man is to show respect to Allah."

He would not deny courtesy even to wicked persons. It is stated that a person came to his house and asked permission for admission. The Prophet (pbuh) remarked that he was not a good person but might be admitted. When he came in and while he remained in the house, he was shown full courtesy. When he left A'isha (ra) said, "You did not think well of this man, but you treated him so well." The Prophet (pbuh) replied, "He is a bad person in the sight of Allah who does not behave courteously and people shun his company because of his bad manners." [Sahih Bukhari]

He was always the first to greet another and would not withdraw his hand from a handshake till the other man withdrew his. If one wanted to say something in his ears, he would not turn away till one had finished. [Abu Dawud, Tirmidhi] He did not like people to get up for him and used to say, "Let him who likes people to stand up in his honour, he should seek a place in hell." [Abu Dawud]

He would himself, however, stand up when any dignitary came to him. He had stood up to receive the wet nurse who had reared him in infancy and had spread his own sheet for her. His foster brother was given similar treatment. He avoided sitting at a prominent place in a gathering, so much so that people coming in had difficulty in spotting him and had to ask which was the Prophet (pbuh). Quite frequently uncouth, Bedouins accosted him in their own gruff and impolite manner but he never took offence. [Abu Dawud]

He used to visit the poorest of ailing persons and exhorted all Muslims to do likewise. [Sahih Bukhari] He would sit with the humblest of persons saying that righteousness alone was the criterion of one's superiority over another. He invariably invited people be they slaves, servants or the poorest believers, to partake with him of his scanty meals. [Tirmidhi]

Whenever he visited a person he would first greet him and then take his permission to enter the house. He advised the people to follow this etiquette and not to get annoyed if anyone declined to give permission, for it was quite likely the person concerned was busy otherwise and did not mean any disrespect. [Ibid.]

There was no type of household work too low or too undignified for him. A'isha (ra) has stated,

"He always joined in household work and would at times mend his clothes, repair his shoes and sweep the floor. He would milk, tether, and feed his animals and do the household shopping." [Qazi Iyaz: Shifa; Sahih Bukhari]

He would not hesitate to do the menial work of others, particularly of orphans and widows. [Nasi, Darmi] Once when there was no male member in the house of the companion Kabab Bin Arat who had gone to the battlefield, he used to go to his house daily and milk his cattle for the inhabitants [Ibn Saad ] 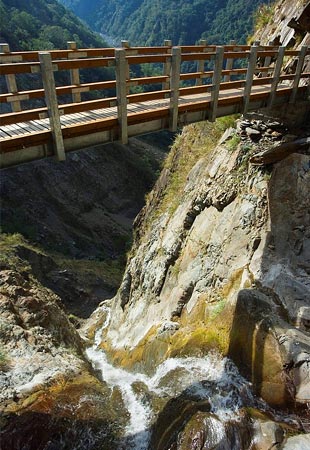