Allah as "WE" in The Holy Quran

Why does Allah the Lord use the word "We" to refer to Himself?

Question. We already know Allah our lord is One. As in Surah al-Ikhlas 112:1-4. But why does Allah the Lord use the word “We” to refer to Himself in many verse or ayat in the Qur’an? For example He says in Surah al-Anbiya’ 21:107 “And We did not send you (O Muhammad) except as a mercy to the world.” The word “we” is plural, more than one. Why does Allah use “We” instead of “I” to refer to Himself? (Izani Mahayudin bin Abd Aziz, Malaysia)

Answer. The Qur’an says very clearly that there is only One God, Allah. “There is no god but Allah” is the basic principle of Islam. There is no ambiguity about this fact in the Qur’an and there are hundreds of ayat or verses of the Qur’an that make this point very clear. Belief in more than one God is Shirk (polytheism) and a major sin according to the Qur’an.

Whenever in the Qur’an Allah is mentioned in the third person there are always singular pronouns used, such as He, him (Huwa or Hu). Whenever Allah is spoken to in the second person there are also singular pronouns, such as Thou, Thine and Thee (Anta, Ka). However only in the first person some times the pronouns I, My or Mine (Ana, Iyaya, ya) are used and sometimes We, Us and Our (Nahnu, Na) are used.

This is a style of speech. Sometime the speaker says I and sometime says we. We also use that in our conversations. In the Qur’an you will see that often the first person singular such as I or My is used, when Allah speaks about His love, care and closeness and forgiveness for His servants. In a similar way the first person plural is often used when Allah speaks about His power, majesty, glory, great deeds or when He speaks about His anger and wrath for the sinners and criminals. (This is, of course, the general use. Sometime the reverse is also the case, depending on the context of the Surah.)

See for example the verses where the first person singular is used: “When My servants ask thee concerning Me, I am indeed close (to them): I listen to the prayer of every suppliant when he calleth on Me: let them also, with a will, listen to My call, and believe in Me: that they may walk in the right way.” (al-Baqarah 2:186) Or “Verily, I am Allah: there is no god but I: so serve thou Me (only), and establish regular prayer for celebrating My praise.” (Taha 20:14) or “But, without doubt, I am (also) He that forgives again and again, to those who repent, believe, and do right, who, in fine, are ready to receive true guidance.” (Taha 20:82) or see another example where both pronouns are used side by side, “Before them the People of Noah rejected (their Messenger): they rejected Our servant, and said, “Here is one possessed!” and he was driven out. Then he called on His Lord: “I am one overcome: do Thou then help (me)!” So We opened the gates of heaven, with water pouring forth. And We caused the earth to gush forth with springs. So the waters met (and rose) to the extent decreed. But We bore him on an (Ark) made of broad planks and caulked with palm-fiber: She floats under Our eyes (and care): a recompense to one who had been rejected (with scorn)! And We have left this as a Sign (for all time): then is there any that will receive admonition? But how (terrible) was My Penalty and My Warning? (al-Qamar 54:9-16)

See also some verses where the first person plural is used: “We have, without doubt, sent down the Message; and We will assuredly guard it (from corruption).” (al-Hijr 15:9) or “We created not the heavens, the earth, and all between them, but for just ends. And the Hour is surely coming” (al-Hijr 15:85) or “And among His Signs is this: thou seest the earth barren and desolate; but when We send down rain to it, it is stirred to life and yields increase. Truly, He Who gives life to the (dead) earth can surely give life to (men) who are dead. For He has power over all things.” (Fussilat 41:39). Or “Already has Our Word been passed before (this) to Our Servants sent (by Us). That they would certainly be assisted. And that Our forces, they surely must conquer. So turn thou away from them for a little while. And watch them (how they fare), and they soon shall see. Do they wish (indeed) to hurry on our Punishment? But when it descends into the open space before them, evil will be the morning for those who were warned (and heeded not) (al-Saffat 37:171-177). There are many other examples.

Christian writers in their desperate desire to prove their doctrine of Trinity have sometime interpreted some Biblical passages where first person plural is used to suggest that this means the “Divine Trinity”. For example in the Bible it is mentioned, “Then God said, “Let us make man in our image¦” (Genesis 1:26). Christian writers contend that this means that there is plurality in God (We seek Allah’s forgiveness for mentioning this blasphemy.) Sometime Christian missionaries also go to simple Muslims and try to confuse them by taking some verses from the Qur’an and tell them that the Qur’an also supports such doctrines. I tried to explain this point in some detail, because I have often heard this type of questions from some Christians. 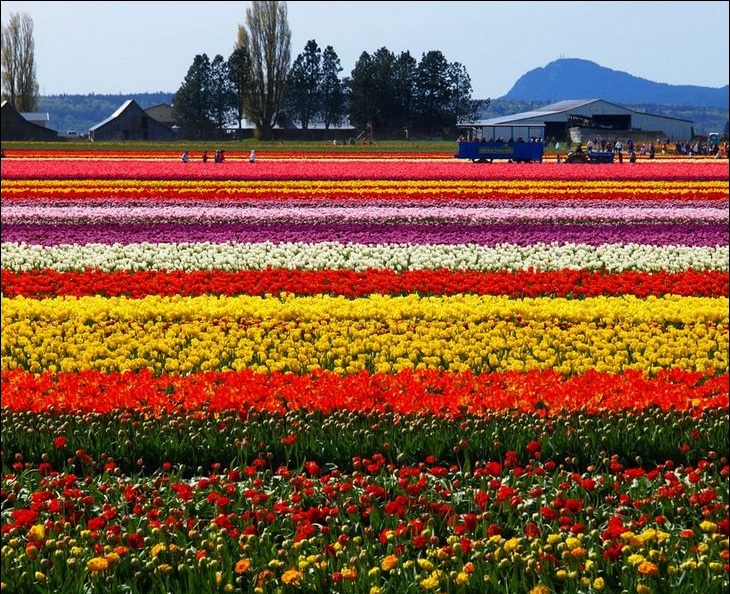