The end cry of the righteous

Surely those who believe (in the truths revealed in the Book) and do righteous deeds their Lord will guide them aright because of their faith. Rivers shall flow beneath them in the Gardens of Bliss. Their cry in it will be: 'Glory be to You, Our Lord!', and their greeting: 'Peace!'; and their cry will always end with: 'All praise be to Allah, the Lord of the universe. (10:9-10)

The sequence of ideas presented here is quite significant because answers have been systematically provided to a number of highly relevant basic questions. Let us look at these answers in their sequence. Why will the righteous enter Paradise? The answer is: because they have followed the straight way in their worldly life. That is, in all matters and in every walk of life, in all affairs relating to the personal or collective life they have been righteous and have abstained from false ways.
This gives rise to another question: how were the righteous able to obtain a criterion that would enable them to distinguish, at every turn and crossroad of life, between right and wrong, between good and evil, between fair and unfair? And how did they come to have the strength to adhere to what is right and avoid what is wrong? All this, of course, came from their Lord Who bestowed upon them both the guidance which they needed to know the right way and the succour required to follow it. In answer to why their Lord bestowed upon them this guidance and succour, we are reminded that all this was in consideration for their faith.
It is also made clear that this reward is not in lieu of merely a verbal profession to faith, a profession that is no more than a formal acceptance of certain propositions. Rather, the reward is in consideration for a faith that became the moving spirit of a believer's character and personality, the force that led him lo righteous deeds and conduct. We can observe in our own physical lives that a person's survival, state of health, level of energy, and joy of living all depend upon sustenance from the right kind of food. This food, once digested, provides blood to the veins and arteries, provides energy to the whole body and enables the different limbs to function properly.
The same holds true of man's success in the moral domain. It is sound beliefs which ensure that he will have the correct outlook, sound orientation and right behaviour that will ultimately lead to his success. Such results, however, do not ensue from that kind of believing which either consists of a mere profession to faith, or is confined to some obscure corner of man's head or heart. The wholesome results mentioned above can only be produced by a faith which deeply permeates man's entire being, shaping his mental outlook, even becoming his instinct; a faith which is fully reflected in his character, conduct and outlook on life. We have just noted the importance of food. We know that the person who, in spite of eating remains like one who has not partaken of any food, would not be able to enjoy the healthy results that are the lot of the person who has fully assimilated what he ate. How can it be conceived that it would be different in the moral domain of human life? How can it be that he who remains, even after believing, like the one who does not believe, will derive the benefit and receive the reward meant for those whose believing leads to righteous living?

"...their cry will always end with: 'All praise be to Allah, the Lord of the universe."

This should remove any misconceptions about Paradise which seem to have been formed by some people of frail understanding. Subtly, the verse suggests that when people are admitted to Paradise, they will not instantly pounce upon the objects of their desire as the starved and hungry are wont to do when they observe food. Nor will they frantically go about giving vent to their lusts, impatiently demanding their cherished objects of enjoyment - beautiful women, wine, dissolute singing and music.
The fact is that the men of faith and righteousness who are admitted to Paradise will be those who, during their life in the world, have embellished their lives with sublime ideas and noble deeds, who have refined their emotions, who have oriented their desires in the right direction, and who have purified their conduct and character. Thus, the nobility which they have developed in their personalities will shine in even greater splendour when they set their feet in the pure and clean environment of Paradise. Those same traits which characterized their behaviour in the world will appear with even greater lustre.
The favourite occupation of such people in Paradise will be the same as during their life on the earth - to celebrate the praise of God. Likewise, their relationships in Paradise will be imbued with feelings of mutual harmony and concern for each other's well-being as had been the case in this world.
(Tafheemul Quran) 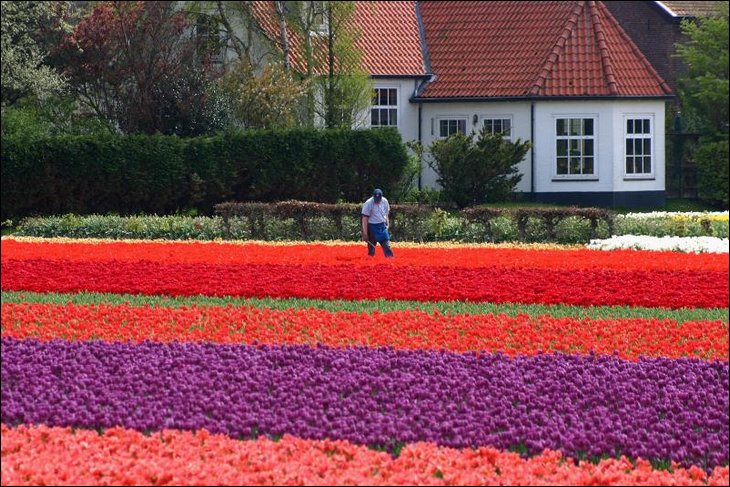