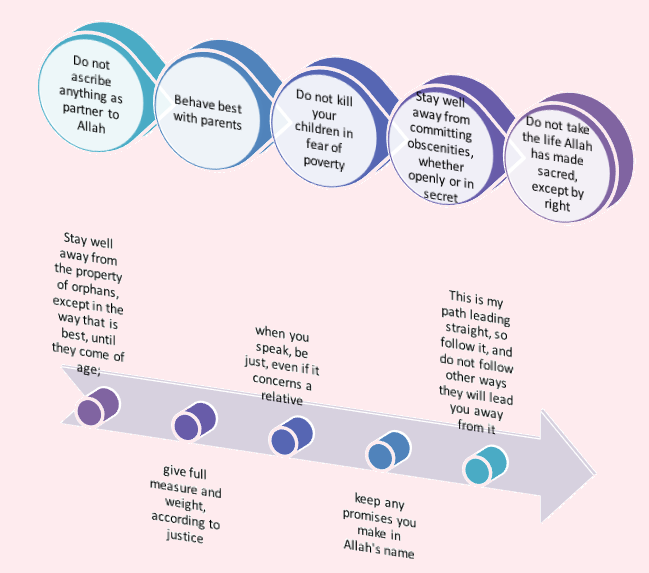 ‘Ubadah ibn Samit said that Prophet Muhammad  (pbuh) used to take pledge of Islam from the people in Makkah by reciting these verses. Some scholars call them as “al-Din al-Jami'” (the Universal and Comprehensive Teachings of Religion). These commandments include belief, worship, ethics, and laws pertaining to social, economic and civic matters. Similar teachings were also given in the Torah (Exodus 20:2-17; Deuteronomy 5:6-21) to Israelites and are known among Jews and Christians as the Ten Commandments.