Many words in New Testament Greek don’t have clear English equivalents. Sentence structure, idioms, stylistic differences—all of these are challenges when converting versions of the New Testament books into English. And this can’t be solved with a Berlitz course: Koiné is ancient Greek and not spoken anymore. This is why English translations differ, with many having been revised to reflect the views and guesses of the modern translators.

The gold standard of English Bibles is the King James Version, completed in 1611, but that was not a translation of the original Greek. Instead, a Church of England committee relied primarily on Latin manuscripts translated from Greek. According to Jason David BeDuhn, a professor of religious studies at Northern Arizona University and author of Truth in Translation, it was often very hard for the committee to find the correct English words. The committee sometimes compared Latin translations with the earlier Greek copies, found discrepancies and decided that the Latin version—the later version—was correct and the earlier Greek manuscripts were wrong.

The goal of the translators was to create a Bible that was a gorgeous work that was very accurate in its translation and clear in its meaning, but that didn’t happen. “The King James Bible is a beautiful piece of English literature,’’ says BeDuhn. “In terms of the other two goals, however, this translation falls short.”

For subsequent English Bibles, those slightly off translations in King James were then often converted into phrases that most closely fitted the preconceptions of even more translators. In other words, religious convictions determined translation choices. For example, προσκυνέω, a Greek word used about 60 times in the New Testament, equates to something along the lines of “to prostrate oneself” as well as “to praise God.” That was translated into Latin as “adoro,’’ which in the King James Bible became “worship.” But those two words don’t mean precisely the same thing. When the King James Bible was written, “worship” could be used to describe both exhibiting reverence for God and prostrating oneself. While not perfect, it’s a decent translation.

As a result, throughout the King James Bible, people “worship” many things. A slave worships his owner, the assembled of Satan worship an angel, and Roman soldiers mocking Jesus worship him. In each of these instances, the word does not mean “praise God’s glory” or anything like that; instead, it means to bow or prostrate oneself. But English Bibles adopted later—the New International Bible, the New American Standard Bible, the Living Bible and so on—dropped the word worship when it referenced anyone other than God or Jesus. And so each time προσκυνέω appeared in the Greek manuscript regarding Jesus, in these newer Bibles he is worshipped, but when applied to someone else, the exact same word is translated as “bow” or something similar. By translating the same word different ways, these modern Bibles are adding a bit of linguistic support to the idea that the people who knew Jesus understood him to be God.

In other words, with a little translational trickery, a fundamental tenet of Christianity—that Jesus is God—was reinforced in the Bible, even in places where it directly contradicts the rest of the verse.

That kind of manipulation occurs many times. In Philippians, the King James Version translates some words to designate Jesus as “being in the form of God.” The Greek word for form could simply mean Jesus was in the image of God. But the publishers of some Bibles decided to insert their beliefs into translations that had nothing to do with the Greek. The Living Bible, for example, says Jesus “was God”—even though modern translators pretty much just invented the words.

Which raises a big issue for Christians: the Trinity—the belief that Jesus and God are the same and, with the Holy Spirit, are a single entity—is a fundamental, yet deeply confusing, tenet. So where does the clear declaration of God and Jesus as part of a triumvirate appear in the Greek manuscripts?

Nowhere. And in that deception lies a story of mass killings. 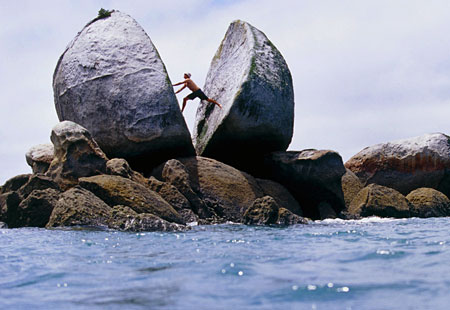 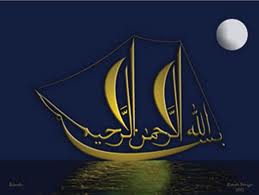