Prophethood is not unknown to heavenly revealed religions, such as Judaism and Christianity. In Islam, however, it has a special status and significance. According to Islam, Allah created man for a noble purpose: to worship Him and lead a virtuous life based on His teachings and guidance. How would man know his role and purpose of his existence unless he received clear and practical instructions of what Allah wants him to do? Here comes the need for prophethood. Thus Allah had chosen from every nation a prophet or more to convey His Message to people. One might ask: How were the prophets chosen and who were entitled to this great honor? Prophethood is Allah's blessing and favor that He may bestow on whom He wills. However, from surveying the various messengers throughout history, three features of a prophet may be recognized:

1. He is the best in his community morally and intellectually. This is necessary because a prophet's life serves as a model for his followers. His personality should attract people to accept his message rather than drive them away by his imperfect character. After receiving the message he is infallible. That is, he would not commit any sin. He might make some minor mistakes which are usually corrected by revelation.

2. He is supported by miracles to prove that he is not an impostor. Those miracles are granted by the power and permission of God and are usually in the field in which his people excel and are recognized as superiors. We might illustrate this by quoting the major miracles of the three prophets of the major world religions: Judaism, Christianity and Islam. Moses' contemporaries were excellent in magic. So his major miracle was to defeat the best magicians of Egypt of his days. Jesus' contemporaries were recognized as skillful physicians. Therefore, his miracles were to raise the dead and cure the incurable diseases. The Arabs, the contemporaries of  the Prophet Muhammad, were known for their eloquence and magnificent poetry. So Prophet Muhammad's major miracle was the Quran, the equivalent of which the whole legion of the Arab poets and orators could not produce despite the repeated challenge from the Quran itself.
Again Muhammad's miracle has something special about it. All previous miracles were limited by time and place, i.e., they were shown to specific people at a specific time. Not so the miracle of Muhammad, the Quran. It is a universal and everlasting miracle. Previous generations witnessed it and future generations will witness its miraculous nature in terms of its style, content and spiritual uplifting. These still can be tested and will thereby prove the divine origin of the Quran.

3. Every prophet states clearly that what he receives is not of his own but from God for the well-being of mankind. He also confirms what was revealed before him and what may be revealed after him. A prophet does this to show that he is simply conveying the message which is entrusted to him by the One True God of all people in all ages. So the message is one in essence and for the same purpose. Therefore, it should not deviate from what was revealed before him or what might come after him. Prophets are necessary for conveying God's instructions and guidance to mankind. We have no way of knowing why we were created. What will happen to us after death? Is there any life after death? Are we accountable for our actions? In other words, is there any reward or punishment for our deeds in this life? These and so many other questions about God, angels, paradise, hell, etc. can not be answered without revelation from the Creator and Knower of the unseen. Those answers must be authentic and must be brought by individuals whom we trust and respect.

That is why, messengers are the select of their societies in terms of moral conduct and intellectual ability. Hence, the slanderous Biblical stories about some of the great prophets are not accepted by Muslims. For example, Lot is reported to have committed fornication while drunk, with his daughters; or David sent one of his leaders to death to marry his wife. Prophets to Muslims are greater than what these stories indicate. These stories can not be true from the Islamic point of view. The prophets are also miraculously supported by God and instructed by Him to affirm the continuity of the message.

The content of the prophets' message to mankind can be summarized as follows:

a) Clear concept about God: His attributes, His creation, what should and should not be ascribed to Him. b) Clear idea about the unseen world, the angels, jinn (spirits), Paradise and Hell.
c) Why has God created us? What does He want from us and what is the reward or punishment for obeying or disobeying Him?
d) How to run our societies according to His will? That is, clear instructions and laws that, when applied correctly and honestly, will result in a happy and ideal society.

It is clear from the above discussion that there is no substitute for prophets. Even today with the advancement of science, the only authentic source of information about the supernatural world is revelation. Guidance can be obtained neither from science nor from mystic experience. The first is too materialistic and too limited; the second is too subjective and frequently too misleading. Now one might ask: How many prophets has God sent to humanity? We do not know for sure. Some Muslim scholars have suggested 240 thousand prophets. We are only sure of what is clearly mentioned in the Quran, that is, God has sent a messenger (or more) to every nation. That is because it is one of God's principles that He will never call a people to account unless He has made clear to them what to do and what not to do. The Quran mentions the names of 25 prophets and indicates that there have been others who were not mentioned to the Prophet Muhammad. These 25 include Noah, the man of the Ark, Abraham, Moses, Jesus, and Muhammad. These five are the greatest among God's messengers. They are called 'the resolute' prophets.

An outstanding aspect of the Islamic belief in prophethood is that Muslims believe in and respect all the messengers of God with no exceptions. Since all the prophets came from the same One God, for the same purpose - to lead mankind to God - belief in them all is essential and logical; accepting some and rejecting others has to be based on misconceptions of the prophets' role or racial bias. The Muslims are the only people in the world who consider the belief in all the prophets of God an article of faith. Thus the Jews reject Jesus Christ and Muhammad; the Christians reject Muhammad and in reality reject Moses because they do not abide by his laws. The Muslims accept them all as messengers of God who brought guidance to mankind. However, the revelation which those prophets brought from God has been tampered with in one way or the other. The belief in all the messengers of God is enjoined on the Muslims by the Quran.

The Quran continues in the following verses to instruct the Muslims that this is the true and impartial belief. If other nations do not believe in the same, they are following their own whims and biases and God will take care of them. Thus we read:

"And if they believe in what you believe, then they are rightly guided. But if they turn away, then they are in disunity, and Allah will suffice you against them. He is the Hearer, the Knower. This is God's religion and Who is better than God in religion?" (2:137-38)

There are, at least, two important points related to prophethood that need to be clarified. These points concern the roles of Jesus and Muhammad as prophets who are usually misunderstood. The Quranic account of Jesus emphatically rejects the concept of his 'Divinity' and 'Divine Sonship' and presents him as one of the great prophets of God. The Quran makes it clear that the birth of Jesus without a father does not make him son of God and mentions in this respect Adam who was created by God without a father and mother:

Like other prophets, Jesus also performed miracles. For example, he raised the dead and cured the blind and lepers, but while showing these miracles he always made it clear that it was all from God. Actually the misconceptions about the personality and mission of Jesus found a way among his followers because the Divine message that he preached was not recorded during his presence in the world, rather it was recorded after a lapse of about hundred years. According to the Quran he was sent to the children of Israel; he confirmed the validity of the Torah which was revealed to Moses and he also brought the glad tidings of a final messenger after him.

"And when Jesus son of Mary said, 'Children of Israel, I am indeed the Messenger to you, confirming the Torah that is before me, and giving good tidings of a Messenger who shall come after me, whose name shall be the PRAISED ONE." (61:6) (The capitalized portion is the translation of Ahmad which is Prophet Muhammed's name.)

However, the majority of the Jews rejected his ministry. They plotted against his life and in their opinion crucified him. But the Quran refutes this opinion and says that they neither killed him nor crucified him, rather he was raised up to God. There is a verse in the Quran, which implies that Jesus will come back and all the Christians and Jews believe in him before he dies. This is also supported by authentic sayings of the Prophet Muhammad (PBUH)

The last prophet of God, Muhammad, was born in Arabia in the sixth century C.E. Up to the age of forty, people of Makkah knew him only as a man of excellent character and cultured manners and called him AL-AMEEN (the trustworthy). He also did not know that he was soon to made a prophet and receiver of revelation from God. He called the idolaters of Makkah to worship the only one God and accept him as His prophet. The revelation that he received was preserved in his life-time in the memory of his companions and was also recorded in pieces of palm leaves, leather etc... Thus the Quran that is found today is the same that was revealed to him; not a syllable of it has been altered as God Himself  has guaranteed its preservation. This Quran claims to be the book of guidance for the whole humanity for all times, and mentions Muhammad as the last Prophet of God.

This article is published by World Assembly of Muslim Youth (WAMY). 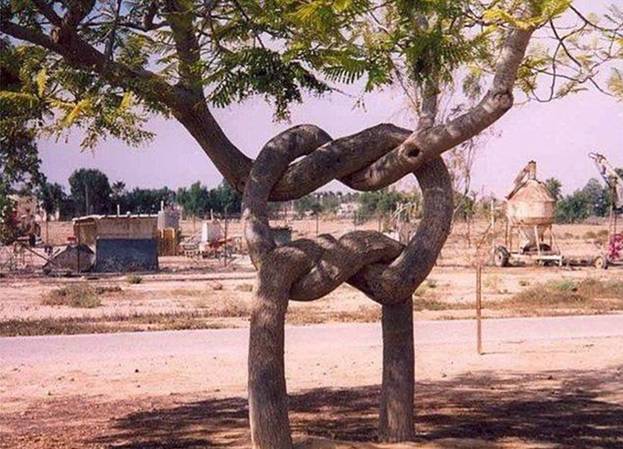